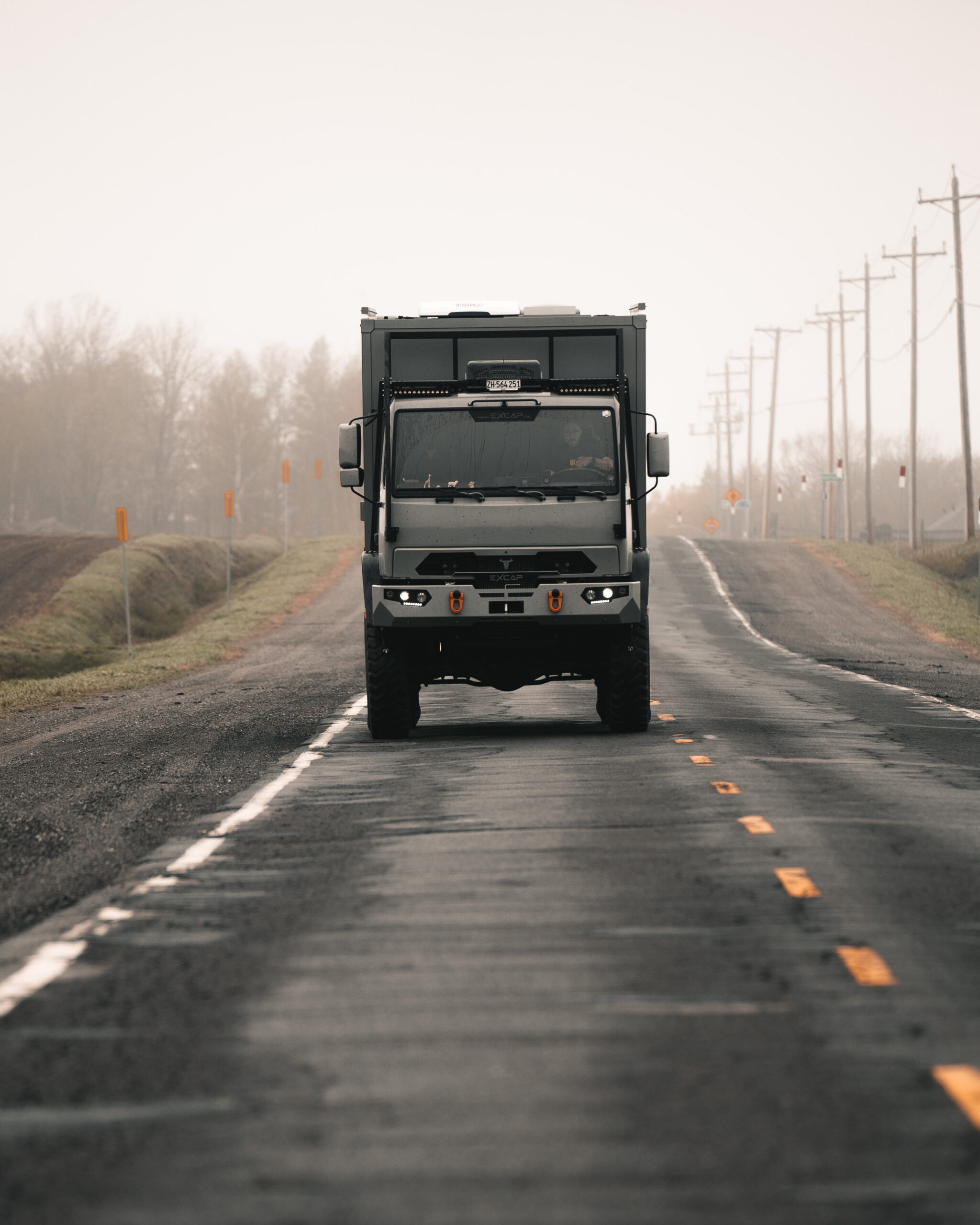 What the hell is this thing?
Probably the most asked question of all, when we meet people at fuel stations or in front of a supermarket.
The short answer: It’s our home.
The longer version is, that it is an expedition truck. Originally a former Austrian army Steyr 12M18 that was refurbished by the German company EXCAP, married to a living unit by Krug Expeditions. Since November 2021 we’ve been living in that box. And yes, as long as we fit, this thing goes pretty much anywhere. For more you can check out the “About Yoda” section.

What are the measurements of this truck?
Yoda has a length of and a width of 8.80m (with the rear carrier), is about 3.85m tall and weighs roughly 11.5t.

What camera equipment are you using for your YT channel?
We film with a Sony A7Siii and – at the time of this writing – three lenses. The Sony 20mm G f1.8, Sony 35mm f1.8 and a Tamron 70-180mm f2.8. We also bought a DJI Mavic 3 before we started our journey as we wanted an upgrade to the Mini 1 we used to own before.